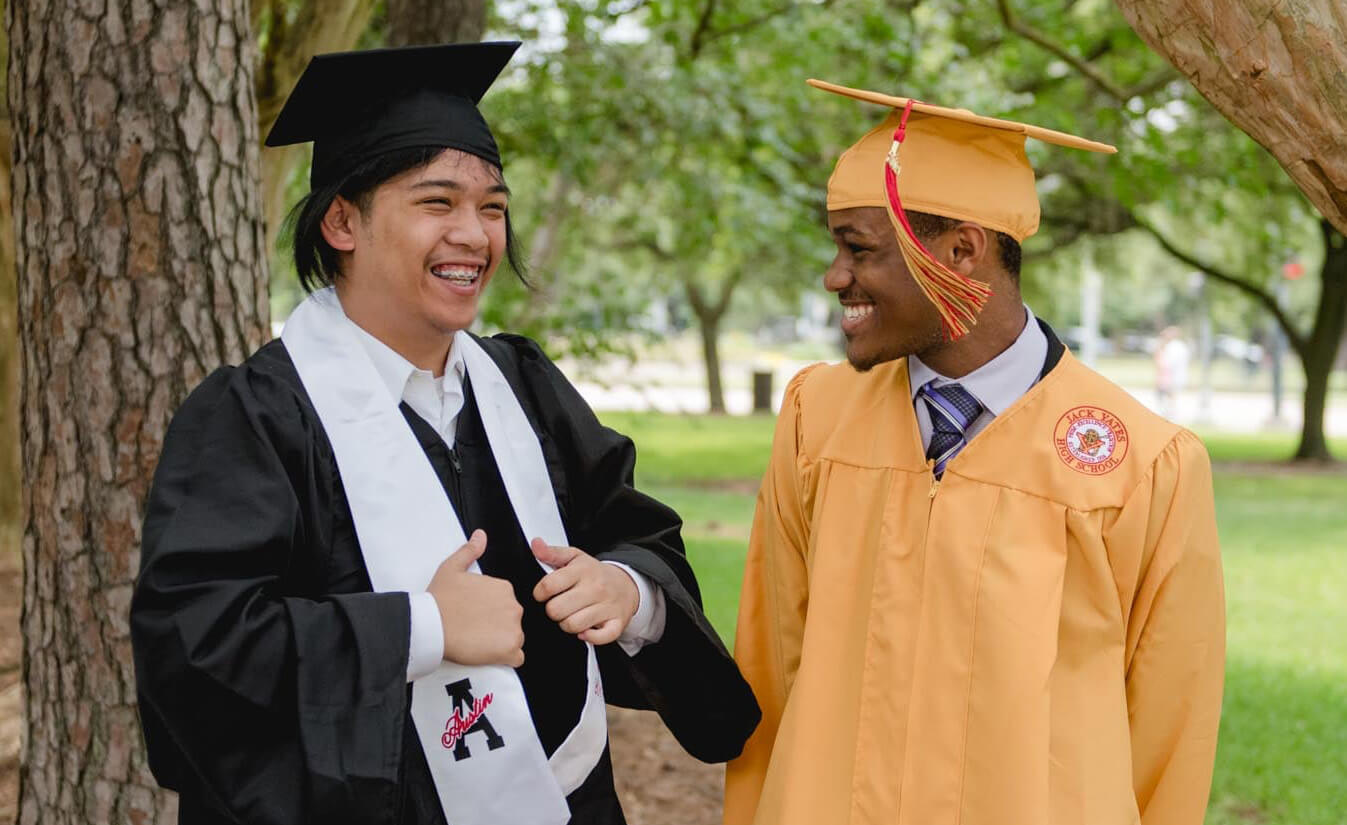 When his home life became unbearable due to ongoing family conflict, Kyle moved out and moved from place to place until his church recommended Covenant House Texas. At first, it was very scary for him, but after staying there, he says something changed.

“Listening to a lot of people’s stories, many who had been in a situation worse than mine, kind of inspired me,” he said.

As a long-term resident of Covenant House Texas, Kyle is now ready to take the big step and live independently.

With a passion for cooking and food, Kyle has worked for several small business restaurants and enjoys the family atmosphere they provide. Currently, he serves as the head line cook at a ramen restaurant in the Montrose neighborhood and says this is a good step in his future cooking career.

“I put my effort and my love into everything I usually do. I also focus on my surroundings, my manager and the service staff. I am more experienced when it comes to the back of the house (at a restaurant), and it is very, very, very tiring; but it’s an awesome job.”

When he isn’t preparing delicious meals for restaurant patrons, Kyle enjoys listening to cooking podcasts from different chefs and different cultures – his favorite is “Gordon Ramsay – Unchartered.” He even tries to whip up some of the things he learns.

“They let me use their grill and pans and the woks and things like that, so I’m able to cook there from time to time,” he says.

Kyle is quick to tell you that Covenant House Texas has given him opportunities he could not find anywhere else. Along with providing a safe place to sleep, a bed to sleep on and the security of his own room, it has helped him save up for his future and living on his own.

“When you come to Covenant House Texas, there is a lot to be thankful for,” he says.

Among the many lessons he has learned as a resident, Kyle notes how important it is to truly listen to others and advises other residents to do it too.

“Everyone has a different story of how they came here. It’s a lot of work to listen, but there are times when you can affect people’s hearts and mindsets just by listening to their stories,” he says. “Listening to others makes them feel that there is somebody still with them.”

This hard-working young cook says that he hopes to give back to Covenant House Texas one day and continue to be a part of it, maybe as a member of the Young Professionals organization. He has already formed lasting relationships with several members and has supported them by sharing his story at their Sleep Out: Spring Edition in March.

Kyle says it’s not hard to talk about his story because he always feels that he is speaking for the stories of all the Covenant House Texas residents. He hopes to deliver an inspiring message: “We got a chance. There’s no losing hope. There are multiple routes to success, so never turn back.”

As Kyle prepares to leave, it’s clear he’s taking plenty of courage and determination with him, along with the unconditional love of his Covenant House Texas family.