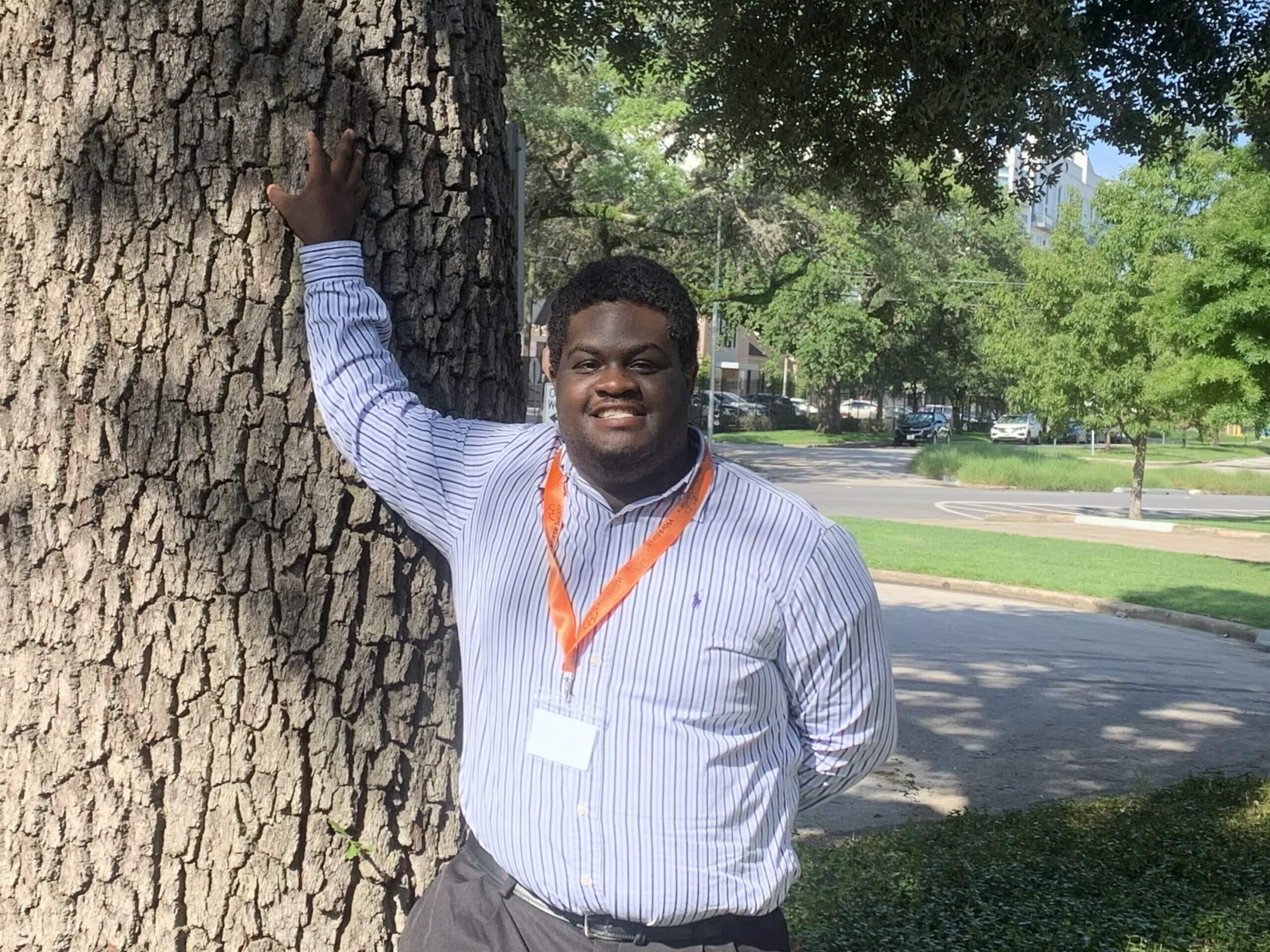 For 24-year-old Covenant House Texas resident Christopher, going back to school is just one of the many exciting opportunities this fall will bring. While dotting the I’s and crossing the T’s of his enrollment at Houston Community College, he has taken on a new role as the latest administrative assistant on campus.

When he began this position in July, he found that his natural ability for customer service and talent for mathematics made him a great candidate to thrive in business administration. Always aiming to make the most of his time, Christopher also works on the event staff at NRG stadium in his free time off campus, furthering his passion for meeting all types of people and never missing the opportunity to network.

Along with dressing sharply and being helpful to the array of people that visit his receptionist desk at CHT daily, Christopher impresses those around him with his determination to become an expert in all aspects of the job. From diligently working to improve his typing speed to mastering the many facets of Microsoft Office, no task is unworthy of his 100% commitment.

“Before, I was working in fast food and I felt that I had much more to offer on the administrative side,” said Christopher. “I felt I had mastered the customer service skills and I wanted to lean into learning business management skills so I can build the future I want.”

When his college courses begin in September, Christopher starts working toward his accounting certificate, with the goal of becoming a financial planner. Serving as the first face seen by visitors on campus, he is focused on conquering the art of business etiquette and multitasking. He hopes to use the skills learned here, along with his accounting degree, to put his best foot forward in the professional world.

“I’ve always been drawn to math. I understand it,” said Christopher. “Even when I earned B’s and C’s in other subjects, math was always there as my strongest skill and that motivated me.”

As he is working two jobs this fall semester, his classes will be held online to best accommodate his busy schedule. Even so, Christopher feels more comfortable than ever about experiencing school in person again in the near future. While he was once a shy teenager in high school, wary of committing to his goals wholeheartedly, Christopher now feels empowered and confident at 24 to thrive in new situations that will help him toward his goals.

“I’m more prepared than I ever have been. Thanks to the great people and resources I’ve learned from Covenant House, I know I have the tools to succeed,” said Christopher. “You never know what you’re going to get when you jump into something new, like college, but we are in control of what we do with what we get.”

With high aspirations for himself and opportunities on the horizon, Christopher values the time he has spent on the Covenant House campus, especially as one of the older youth residents. While CHT resources aided in his journey to higher education, he is proud of how he took ownership of his enrollment process, such as handling his financial aid documents.

Always open to asking for help, Christopher now makes strides towards his own independence and leads by example for the youth who will one day be in his shoes, looking towards their own fresh starts with the support of CHT on their side.

“I’m really excited to take this next step in my life. It all feels like a new beginning,” said Christopher. “I wake up excited to start my day with the opportunity to be better than the day before.”