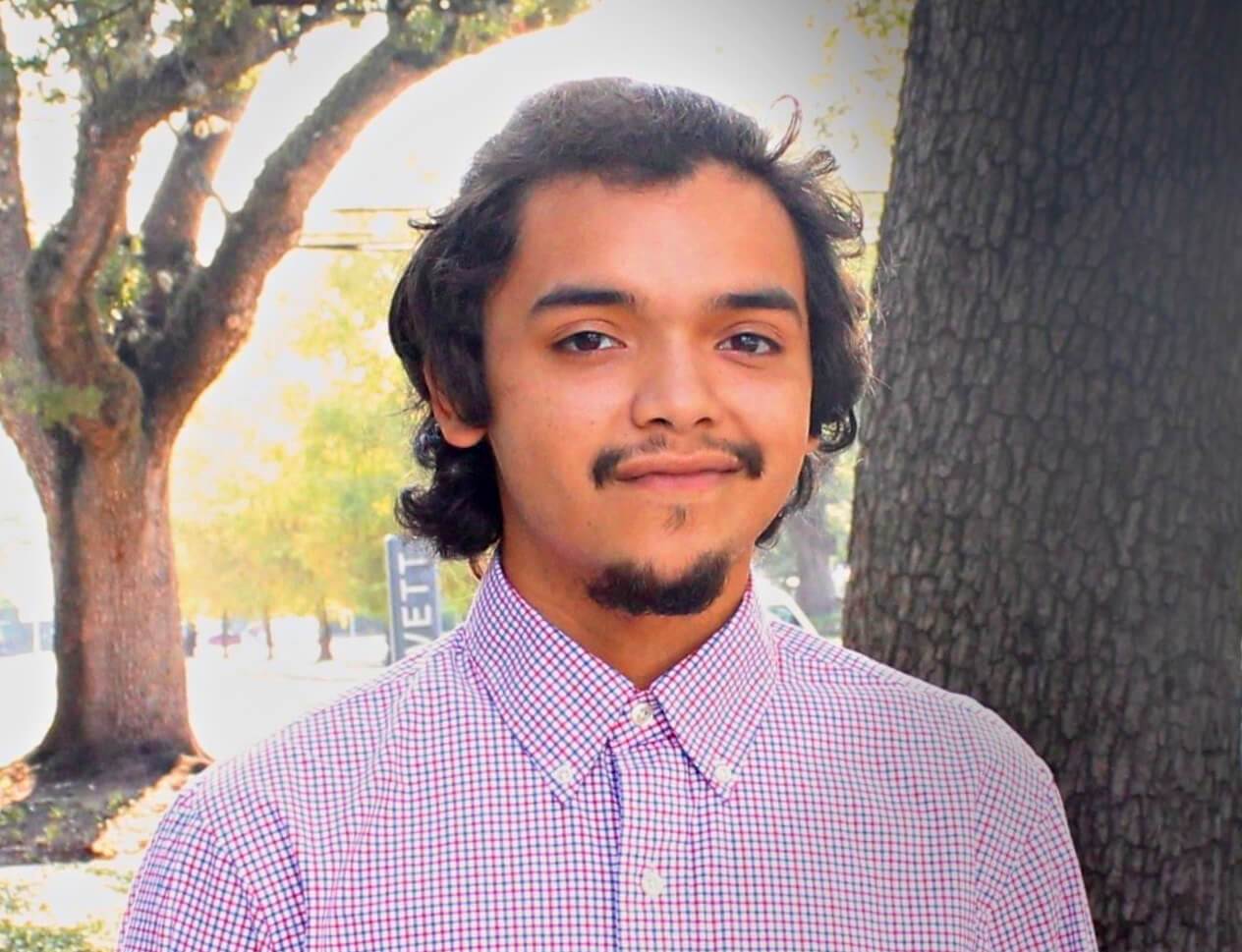 As Hurricane Ida made landfall in Louisiana on August 29, 2021, residents of New Orleans were faced with the most deadly and destructive storm since the devastation of Hurricane Katrina. Seeking refuge in Houston, Covenant House Texas youth resident Gustavo soon came to learn he could find peace and the drive to continue even after the most unpredictable storms.
Gustavo, now 21 years old, resides on the Covenant House Texas campus over 300 miles from the home he knew last summer. As he completes his GED to work towards his goal of joining the U.S. Army, Gustavo feels grateful for the friendly staff that helped him identify his goals for the future and work towards achieving them.
“When I first came to Houston I was living out of a hotel until my time was up and I had to look into homeless shelters. Having to leave New Orleans suddenly was a setback, for sure,” said Gustavo. “I’ve seen the silver lining in it now and I feel like I’m on the right track.”
Fully settled into campus life after his first year, Gustavo’s relationships with fellow residents and staff have already earned a place in his heart as his journey continues. For young people who have been at risk or experienced homelessness, every relationship built on trust is hard earned. This is a struggle many youth know long after a life on the streets.

“Living on campus has helped me work on things I was struggling with, like patience,” said Gustavo. “It’s taught me to be a lot more open and accepting of people and situations that might come my way. I’m grateful for this steppingstone to the next part of my life.”
For Gustavo, the resources and security Covenant House Texas has provided him is a turning point from a life of uncertainty into a bright future of his own making. As he makes progress each day towards his Army enlistment, some of his favorite time spent on campus is caring for the beloved outdoor cat, Moochie, and growing his passion for art.
With two humble items, graphite pencil and paper, Gustavo creates everything from fantasy worlds of knights and dragons to modern architecture in his free time.
“Drawing has been a hobby of mine since I was a kid,” said Gustavo. “There are very few things that make me sit down and stay still. Art is something that can keep me occupied for hours at a time.”
Primed for a hardworking and disciplined future in the Army, he thinks fondly of returning to a lifestyle he once knew growing up in an Army family and living on many different bases throughout his childhood. What most draws him to join the military is the structure and stability it offers as the next stop in creating an independent life of his own.
“The world can be chaos sometimes, but I know I can rely on this path in my life,” said Gustavo. “I haven’t felt like I had a team in my life standing by my side before and that’s something I’m coming to know now and what I look forward to having in the Army.”
Spread the love
Tweet