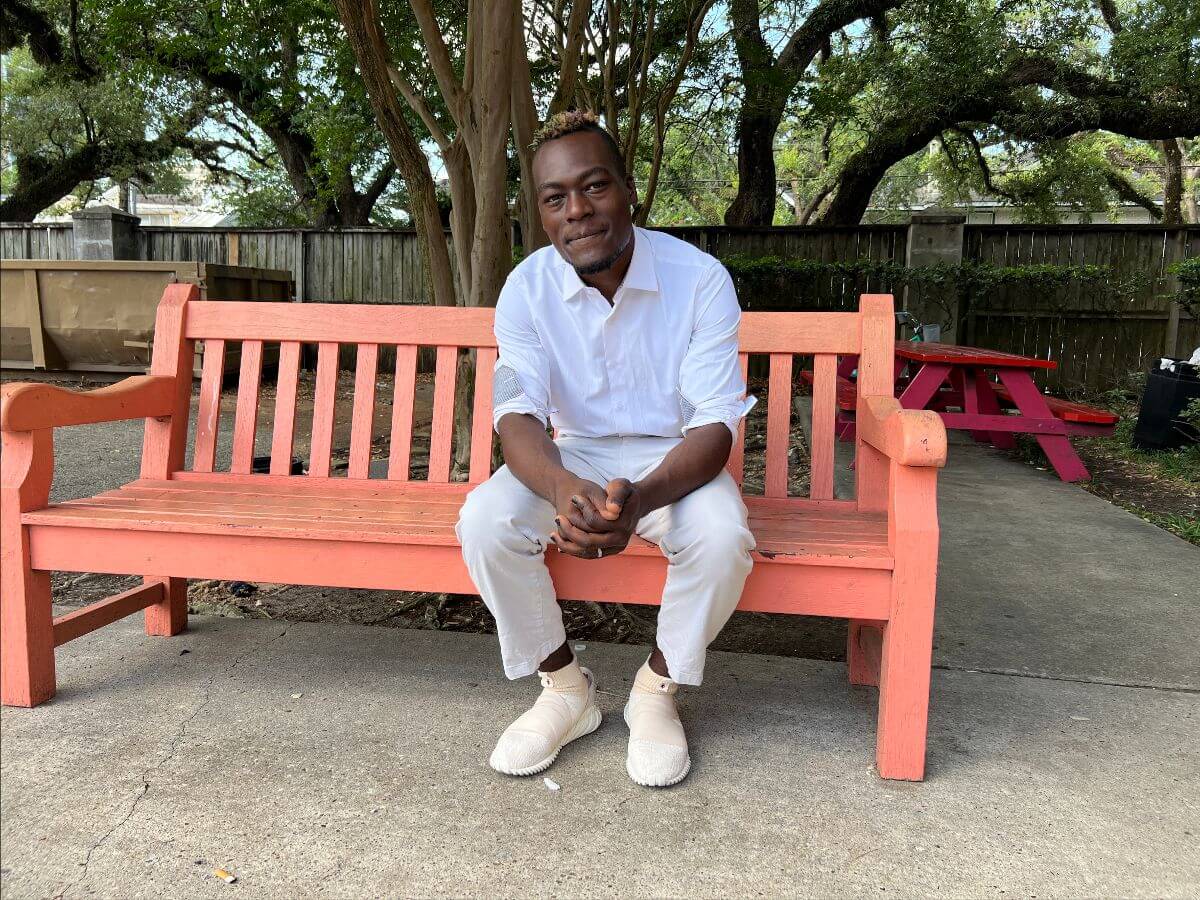 Two years ago, youth resident David’s plan when he got to Covenant House Texas was to lay low and isolate himself before leaving as he arrived: alone. As he reflects on how far he has come, becoming more personally and financially ready to venture out on his own, he could not imagine a life where he stuck to his original plan.

At 19 years old, David found himself on the streets with little to get by on, and the idea of going to a shelter was one that his pride would not accept as an option. Having heard of Covenant House Texas from his foster family at the time, he found himself unable to take the leap as he entered young adulthood and exited the system.

“I landed on my back when I was kicked out of foster care. I was wasting away,” David recounted. “I was laying on the concrete with nothing but a bicycle and a phone to my name.”

Despite his reservations, the fierce determination for a better life that colors his personality today began to bloom. Facing the reality of living on the street, he found the bravest step to take was asking for help. This step led him to the doors of Covenant House Texas.  A self-admitted introvert, he found the idea of socializing with his peers in his first months at the shelter daunting enough to avoid it altogether for almost a year. As his fellow youth worked to pull him out of his shell around his first anniversary on campus, he soon found that the shell was too small to contain his ambition and joy for life.

David considers himself incredibly grateful for the personalities that forced him out of his comfort zone, among those being his now fiancée. He believes that the close-knit relationships he developed during his time at the shelter have allowed him to work through past traumas and hardships. Once content to live life in his comfort zone of solitude and survival, he now sees the possibilities of his future in a whole new light.

“I never smiled as much in my whole life as I did in my second year at Covenant House,” said David. “I reflect on how happy I am now, and I hardly recognize myself.”

Living at the shelter enabled him to relish in the security of having a roof over his head and know that he would have staff and his fellow youth to fall back on if he ever fell short of his goals. David maintains that the Covenant House Texas staff were the most notable part of his years on campus, reminiscing fondly on the blend of nurturing personalities that all brought something different that was amiss in each youth’s life.

Today, David is preparing to move into housing of his own with both a high school diploma and college degree in hand. As he finishes his time at Covenant House Texas, he still jumps at the chance to get involved with his peers and participate in any CHT event, including the upcoming Guts + Glory obstacle course. The event’s name reminds him how homeless youth in the community have overcome their challenges to reap the benefits of their hard work a perseverance. The mission is something that greatly relates to his life and time at Covenant House Texas, from having the guts to ask for help at a shelter to learning how to build meaningful relationships and start a life with his future wife.